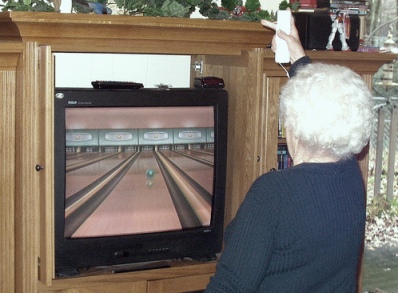 Thanksgiving is my very favorite holiday (says Alice). I love it too (Brett concurs). Which is why this week we decided to change things up and collaborate on a blog post about thankfulness. This is our way of also celebrating what Thanksgiving is all about – togetherness. Today we are specifically going to talk about being thankful for technology. As much as technology can sometimes be distracting or frustrating, let’s admit it’s pretty darn awesome too.

Below is a list of what we are feeling thankful for in the tech community these days. Let’s get started.

We begin with fiber internet. We’ve written about it in the past, but we’ve brought it back for more love. Fiber increases internet speeds dramatically, up to 100 times faster than average broadband speed. With companies such as Google and cities such as L.A., Austin, and more pushing for the implementation of this technology, many residential customers and businesses across America will soon have access.

What does this mean for our economy? Well, more consumers will turn to programs such as Netflix, Hulu Plus, etc. as an alternative to cable for watching TV shows and movies. SaaS applications will also be used more as faster internet speeds allow for more efficient service. For example, companies previously worried about excessive use of bandwidth for VoIP will no longer do so.

Yup. Your cell phone. Only a few decades ago, most people did not know what cell phones were. Now there’s a high chance that you’re reading this very blog post with one. Cell phones have taken the world by storm and there are more cell phones in America than Americans. Cell phone ownership is high even in underdeveloped nations.

And even as cell phone coverage is expanding throughout the world, companies are simultaneously trying to make it better. For those who just discovered the ability to download Instagram on their 3G phone, you might need to take a seat before you hear about 4G and 4G LTE. 4G LTE ups internet speeds for cell phone users to speeds comparable with what the average person would have in their home (well, unless they have fiber!). Coverage is also expanding, meaning the consumer is covered in more areas than before.

Tablets are smart, portable, multi-purpose devices and oh how we love them. Tablets have been taking over the world of computers for a while now. Folks used to just have the option of a desktop or a laptop, but now they have the ability to bring their computer with them everywhere. It’s actually predicted that next year tablets will account for almost 50 percent of the total worldwide PC market. Whether you support Apple or Android, there is a tablet out there for everyone.

What exactly is Google Glass? Well, basically it is a wearable computer. You heard that right, a computer, that you wear. Think of it as a hands-free smartphone that works through your voice commands. To learn more I recommend checking out this video. It’s easier to wrap your head around the idea when you see how it works.

Google Glass is being developed by Google X, a top secret Google lab that works on top secret projects. Like, the driverless cars you might have heard about. Which brings us to our next item on the list.

What can we look forward to in the world of technology? Transportation is changing big time, and the future is looking exciting. A high speed alternative to cars, planes, and trains? Self-Driving cars, heck even flying cars? Sounds pretty crazy, right? It feels like something only possible in the world of Harry Potter. But, all of these could become a reality in the very near future.

Ever heard of the Hyperloop? The Hyperloop is an idea thought up by serial entrepreneur Elon Musk. He hopes that this new method of transportation can enable travel from Los Angeles to San Francisco in 35 minutes. Yes, you heard that right. Sounds completely crazy, and also a bit terrifying if we are being honest. But nonetheless, completely awesome too.

So, what are you thankful for in tech? Let us know in the comments section below.

We would love to hear from you with any questions or ideas for future blog posts you would like to see. Reach us by sending an email to <our first name>@telonium.com. Oh, and don’t forget to support small businesses this weekend, by participating in Small Business Saturday. It’s this Saturday, November 30th, and is a great excuse to get out of the house after days of food and football. Happy Thanksgiving everyone!